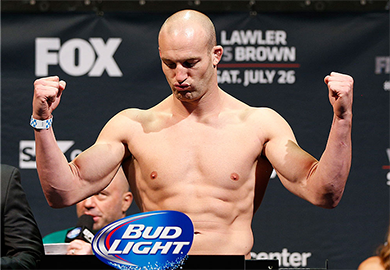 Walking into his fight against Daniel Cormier, Patrick Cummins’ reputation was that of a dead man; he stood no chance against Cormier. For some reason, that stigma stuck with him throughout his UFC career but he has been nothing but impressive since his debut. His strategy may leave some fans thirsty for blood, but he is picking up wins and that’s all that matters to him.

Cummins’ elite level of wrestling was showcased tonight against the bigger Kyle Kingsbury. Kingsbury would see some success striking, but he could not stop Cummins from dumping him to the ground. Cummins’ ability to take Kingsbury down whenever he wanted showed the world that his praise leading into his Cormier bout was not all hype.

When it was all said and done, Cummins had landed eleven of fourteen attempted takedowns, tying the record set in the light heavyweight division.