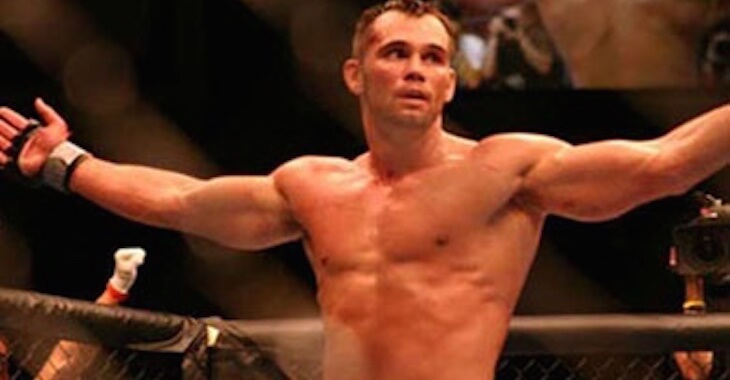 Franklin is a legend in the sport, known as the guy who went from being a high school match teacher to a UFC champion. The guy who earned his nickname, ‘Ace’, for his uncanny resemblance of actor Jim Carrey, went undefeated for the first 14 fights of his career. After his first loss, to Lyoto Machida in 2003, he went on an 8 fight win streak which included winning the UFC title and defending it twice.

The MMA world reacted with a ton of support for the former champ, check it out!

Congrats to a great career and a great champion. It was an honor to stand across the cage from you. Much love. https://t.co/YTi2N0R3IM

@NateRockQuarry Nate, I'll never forget the words you said to me the night I lost my title. You're a champion in my book!

@RichFranklin From 1 retired fighter to another, 1 father & husband to another, with a faith that can move mountains, all the best to you!

@RichFranklin thanks man for all the great fights you gave us. As a fighter, you have set a standard to follow. Thank you

U are the man rich! Thank u for being a tremendous fighter and champion. DC https://t.co/gBG0h3ARE6

@RichFranklin welcome to the old man club my friend

Rich Franklin officially retired today. Thank u for all the great fights & representing the sport with class. #DWCOTD pic.twitter.com/JayfIX9BXI