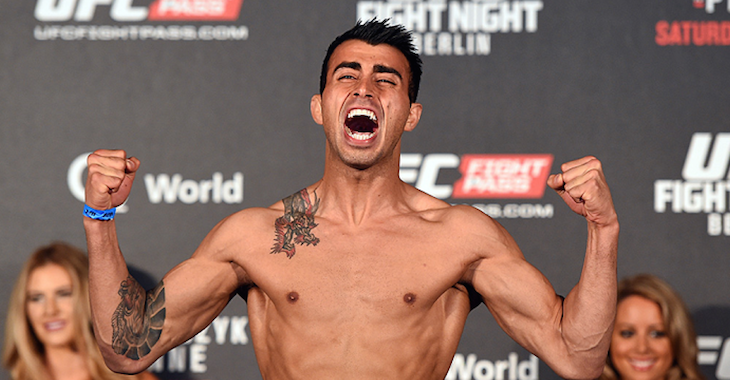 Right away Amirkhani went for a takedown and got it. Immediately he worked to the back and went for the rear naked choke. He got both hooks in and quickly got the arm under the chin. It looked really tight but Fullen held on for a while.

Finally Amirkhani gave it all he had and squeezed the choke tight. Fullen was forced to tap or he would have gone to sleep. Another quick finish for Amirkhani. His Debut only lasted 8 seconds, this time it went a little longer, almost breaking two minutes.

RESULTS: Amirkhani wins via submission (RNC) at 1:41 of round 1