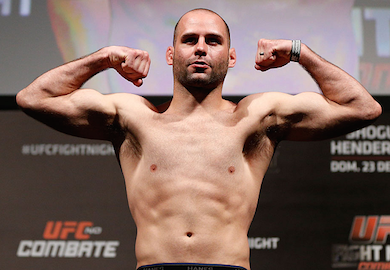 Thiago Perpetuo may have been the crowd favorite walking into this bout, but Kenny Robertson was able to tune out all of the boos and perform to his maximum potential tonight. He busted open Perpetuo with a high kick seconds into the bout and had control of the fight from there. He soon landed top position and took the back of Perpetuo where he transitioned to a rear naked choke.

Kenny Robertson’s back was not against the fence so he was able to crank and Perpetuo had no other choice but to submit. Robertson is now 2-2 in his current run in the UFC.