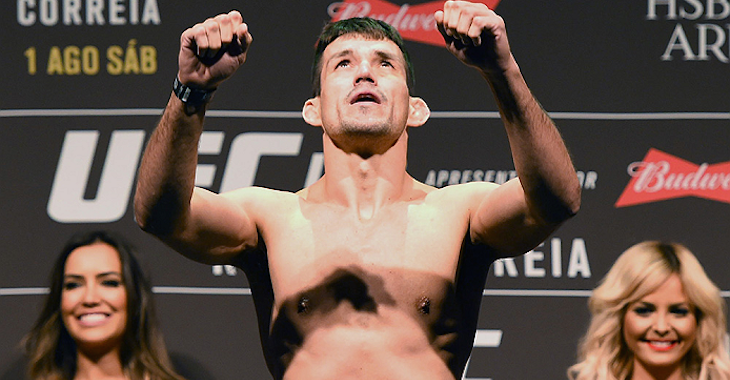 Demian Maia put on a jiu-jitsu clinic tonight in the octagon in front of his home-country of Brazil. Neil Magny fought off his fate for as long as possible, but it seemed as if a submission loss was inevitable.

Magny was taken down less than two minutes into the opening round and survived the rest of the round while fighting from his back. He tried to strike his way back to his feet, but Maia restricted him from getting back to his feet. Maia threatened an armbar at the end of the round, but Magny was saved by the bell.

It wasn’t long before Magny was on his back at the start of the second round and he almost immediately gave up his back. Maia locked in the body triangle and waited for his opportunity to attack the neck; Magny lifted his head for one second and Maia’s arm was around his throat. With the majority of the round remaining, Magny had no choice but to submit.