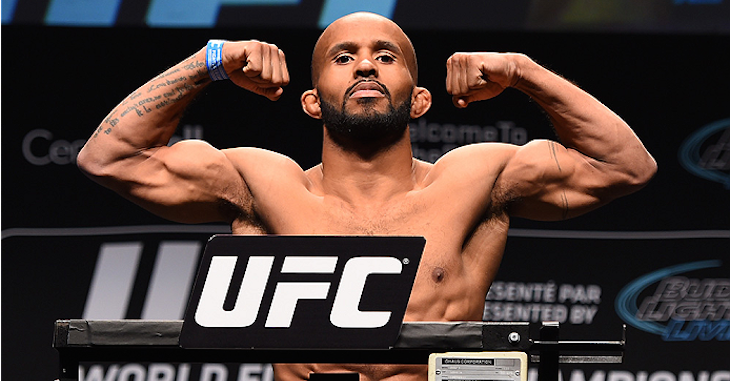 Demetrious Johnson stepped into the octagon tonight with a message to the fans: I’m going to perform my gameplan to perfection whether you like it or not. Johnson’s performance was as technically sound as any of his previous ones and proved that he was the alpha of the division.

The bout looked promising at the beginning with Demetrious Johnson throwing combinations early and often, but his realization of how easy the takedown was led to the pace slowing down quickly.

“Mighty Mouse” threw an amazing series of two or three punches that connected, but he’d cut the attack off by shooting and connecting with a takedown. Once Horiguchi was on his back, he had to expend so much energy to get up that by the time he was standing, he was open for another takedown.

As the rounds went by, the amount of time Johnson would spend on top would increase. Horiguchi would land with an exciting shot every now and then, but Johnson would answer with one equally as brutal right away.

Just as it looked like Johnson would close out the final round with top control, he immediatly transitioned to mount and applied an armbar. The hold was deep and Horiguchi tried to survive, but he had to submit with only one second left!

It was the latest stoppage to a UFC match EVER with only 1 second remaining.

Demetrious Johnson def. Kyoji Horiguchi by way of Submission (Armbar) 4:59 of Round 5