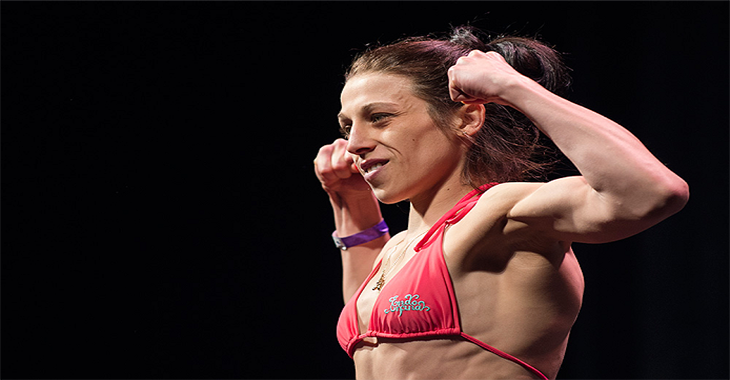 For as brilliant as Joanna Jedrzejczyk’s striking was, Carla Esparza’s performance left a lot to be desired. She got picked apart throughout the entire fight and she didn’t set up ANY of her takedown attempts. Jedrzejczyk stuffed almost all of the takedowns which meant Esparza was well within striking distance.

Jedrzejczyk dictated where the fight was going and she forced Esparza to back up against the fence. Jedrzejczyk fired off a series of strikes that landed flush and it seemed like Esparza fell down due to the pain rather than getting knocked out.

Jedrzejczyk tried to follow her to the canvas to finish the fight but the referee saw enough and waved it off before Esparza took unnecessary punishment.

Joanna Jedrzejczyk def. Carla Esparza by way of TKO (Strikes) 4:17 of Round 2