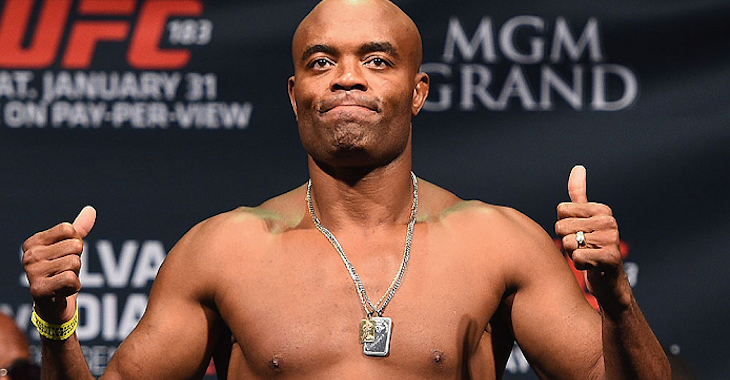 After a year away from the octagon, Anderson Silva looked like “The Spider” of old. After his hand was raised when the judges’ decision was read, Silva broke down crying thankful for another chance to step in the octagon after his traumatic leg injury. Diaz helped him up and thanked him for such an exciting fight.

The opening round was about as entertaining as you will ever see. Diaz started trash-talking within ten seconds of the round starting and mocked Silva for keeping his distance and wanting to counterstrike. Diaz turned his back on the former champion and even laid down on the ground and invited him to grapple. Both Diaz and Silva landed great strikes and they shared some decent leg kicks.

Diaz landed the first significant strikes of the second round where he landed four loud kicks to the lead leg of “The Spider”. They exchanged combinations and of course, Diaz continued to mock Silva. After the horn sounded signaling the end of the second round, Diaz continued to walk toward Silva until the referee pushed him back to his own corner.

Silva started to open up more in the third round and pinned Diaz up against the cage wall multiple times. Silva was never able to take advantage of it and Diaz found his way back to the middle of the octagon. Even though there was a clear discrepancy in speed between the two, Diaz still landed his fair share of jabs and combinations. Silva landed more total strikes, but they did not phase Diaz who continued to walk through them and ask for more.

After three rounds of action, Silva and Diaz mostly kept a safe distance not wanting to get knocked out in the fourth. It was a true style clash of a matchup tonight as both men are counter strikers who feed off their opponent.

Diaz utilized his words as a weapon just as much of his strikes; it was all part of a strategy and it was not as successful as he hoped. Silva maintained his composure through all the taunts and utilized his footwork to keep Diaz guessing where he would attack next. By the end of the round, Diaz was busted open with a cut near his left eye.

The decision announcement was one of the most emotional in UFC history. As previously mentioned, Silva fell to the mat and wept after getting his arm raised in victory. Diaz helped him up and told him not to cry, and reminded Silva how much he respected him by raising Silva’s arm.