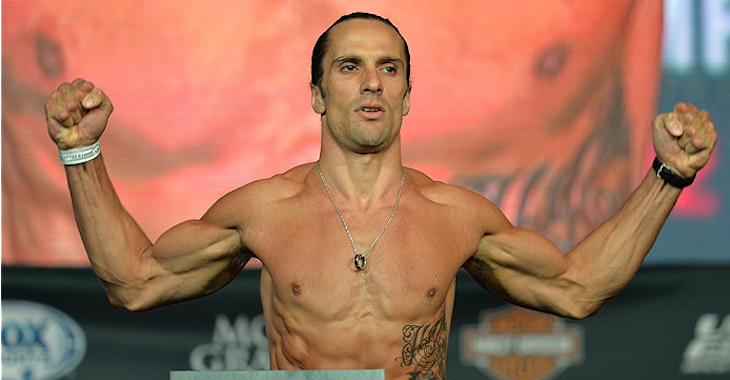 Caio Magalhaes showed terrible sportsmanship after getting submitted in the opening round by Josh Samman.

Samman was able to bust Magalhaes open along the bridge of the nose with a shot that caused blood to flow free and fast. Magalhaes tried to remain active by changing levels with strikes, but he threw a body kick that was caught by Samman who took the fight to the ground.

Magalhaes was struggling and you could tell his breathing was impaired with the way he was panicking. He fell backwards which gave him nowhere to go with Samman torquing the rear naked choke. Magalhaes frantically tapped out and Samman went off to celebrate his victory.

As Samman went over to shake Magalhaes’ hand, Magalhaes simply scoffed and spit blood in Samman’s direction. The crowd was quick to voice their disproval of his poor sportsmanship.

Josh Samman def. Caio Magalhaes by way of Submission (RNC) 2:52 of Round 1