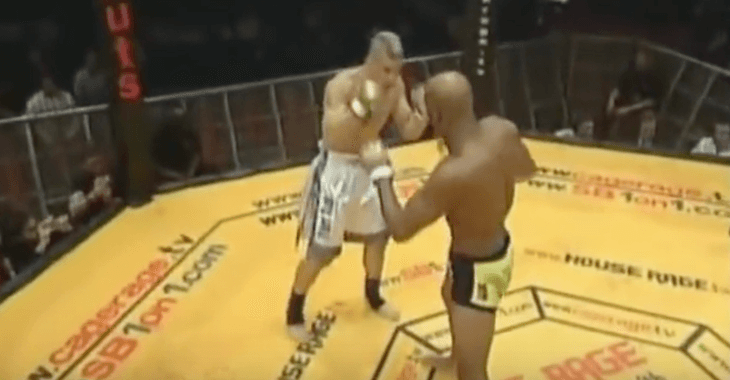 Let’s all take a trip back to the good ole’ days, when Anderson Silva was doing the craziest sh*t in the cage and it was working.

The Spider was like an artist, just throwing strikes that seems so out there. Perhaps one of, if not the best KO he’s ever gotten was the nasty up elbow he landed in this fight back he was competing for Cage Rage.

He faced off with Tony Fryklund and eventually landed a truly masterful elbow that put Fryklund out. It was a spinning elbow, but an upward elbow, something that really hadn’t been seen yet.

Yes, Silva hasn’t had the greatest last couple of years, but come one, the guy did stuff like this!