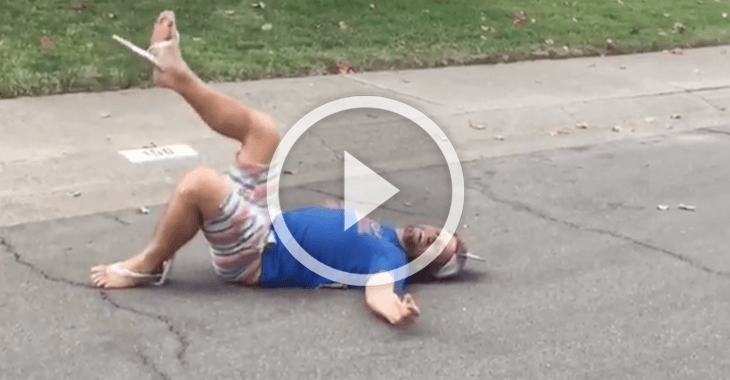 Urijah Faber, ‘The California Kid,’ can currently be seen on ‘The Ultimate Fighter’ opposite of coach Conor McGregor.

The Team Alpha Male fighter has a fight booked with Frankie Saenz at UFC 194 on Dec. 12 in Las Vegas, so let’s hope he’s a little more careful leading up to it. In a recent Instagram post, we see the aftermath of Faber’s attempt at jumping a hoverboard.

Apparently it was fellow UFC fighter Clay Guida’s board. Guida was in town, probably getting in some training at Team Alpha Male.

Small malfunction, bringing it back to the old school! Tried jumping @clayguida’s huver board on the curb @handycandi @sneakytommy @dashschurkamp