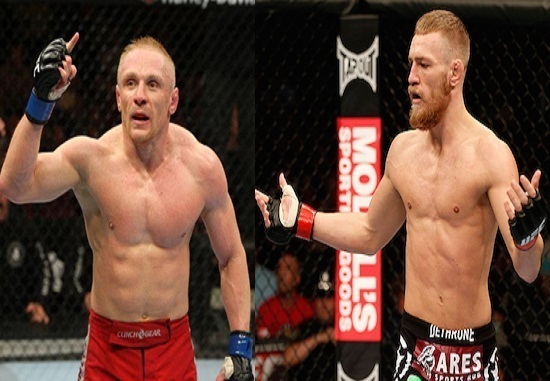 Dennis Siver will meet Conor McGregor in the cage at UFC Fight Night Boston in January. However, for the next few months he will have to endure trash talk from ‘Notorious’, something Siver doesn’t think is appropriate.

He spoke through an interpreter at the ‘UFC: The Time is Now’ press conference on Monday.

“It’s not who I am to be talking like this. Not only about fighters, but any situation. I understand that it gets attention, but not mine and it’s not how I am.”

“I let everything that he says just bounce off. It is trash. I don’t care about it, I don’t let it affect me. The only thing I let it do is I concentrate on the fight.”

Shortly after the press conference, McGregor posted a photo to Instagram, in which he called Siver a Nazi (See that HERE).