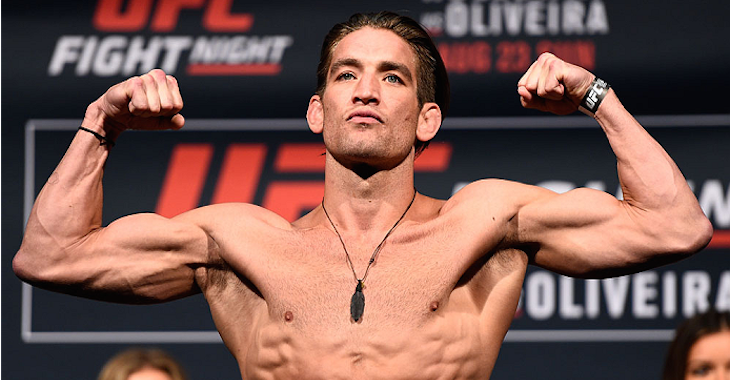 Stout, only 31, has been fighting for a long time and has had countless wars inside the cage. He recently talked on The MMA Hour and said he doesn’t have any noticeable concussion like symptoms, but decided to call it quits before that happened.

He admitted that it’s clear he isn’t able to take the kind of punch he used to and his last three fights show that. All three of those fights ended in Stout getting knocked out.

“It’s strange man, it’s so hard for me to wrap my brain around. But I think it was the right decision. I’m only 31 years old and a lot of people are like, ‘you’re still so young,’ but I’ve got a lot of miles on me. I’ve been doing this for half of my life. And I’ve got my daughter Logan here, and losing those last three fights by knockout. I’m not having any post-concussion symptoms, and I’m not feeling any memory loss or anything along those lines that you hear about some of these guys suffering from, but I don’t want to wait until that one shot that puts me over the edge and start having those. I’d rather not wait until it’s too late.

“I clearly can’t take a punch the same way I used to, so the decision wasn’t that hard for me.”