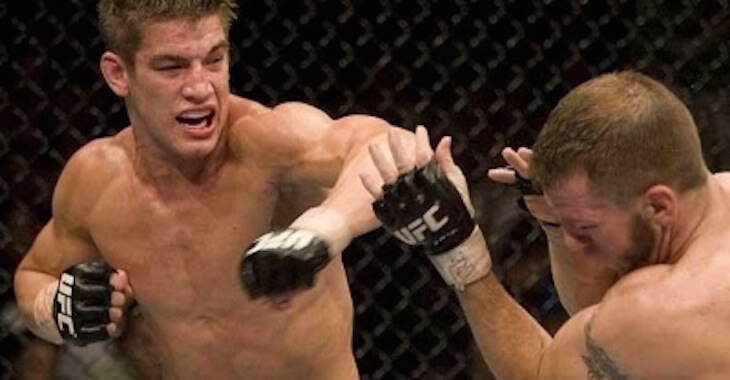 First it was MMA legend Antonio Rodrigo Nogueira who decided to hang of the gloves and now it’s another legend, Sam Stout.

The man known as ‘Hands of Stone’ has decided to call it quits at the age of 31 after a long and impressive career. Did the guy win a UFC title and defend it in dominant fashion? No. But to say Stout is deserving of word legend is blasphemy.

The guy brought it all into every single fight he competed in and who can forget those wars with Spencer Fisher?

If you are a fan of MMA than you know what Stout did as a fighter. He was a ‘real fighter’ coming in to put on a hell of show for the fans and looking to earn a bonus check for his efforts, which he usually did, earning six bonuses during his UFC career for Fight of the Night and one for Knockout of the Night.

“I’d like to think that he would have said ‘I’m proud of you and you left it in the cage every single time.’ I never went out there and tried to squeak out a win; I always tried to go out there and fight as hard as I could. And Shawn was one of those guys who was all about being an old school tough guy. I think I lived up to that, and I think he’d be proud of that fact.”