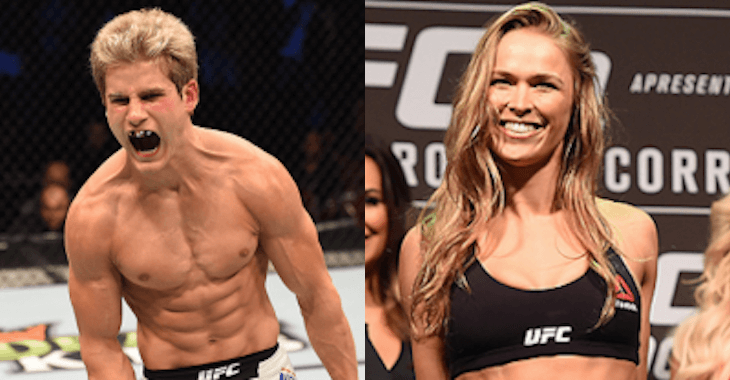 UFC newcomer Sage Northcutt has exploded since his debut win and it seems like a day hasn’t passed where his name wasn’t in the headlines.

The new lightweight has been praised by many and also called out by a fighters looking to put him in his place. In a recent interview on MMAJunkie Radio, Northcutt talked about fighters who he looks up to and who he considers his idols. On that list is former UFC welterweight champion Georges St-Pierre and current middleweight champion Chris Weidman.

Oh and Ronda Rousey is OK too, check it out!

“Besides Chris, I guess for the girls, everything Ronda Rousey’s done is amazing.”

“I know the way she carries herself is slightly different than the way I would carry myself, but she’s incredible in everything she’s accomplished. It’s amazing for a girl, and she’s done some awesome things.”

What do you think Northcutt means by that?