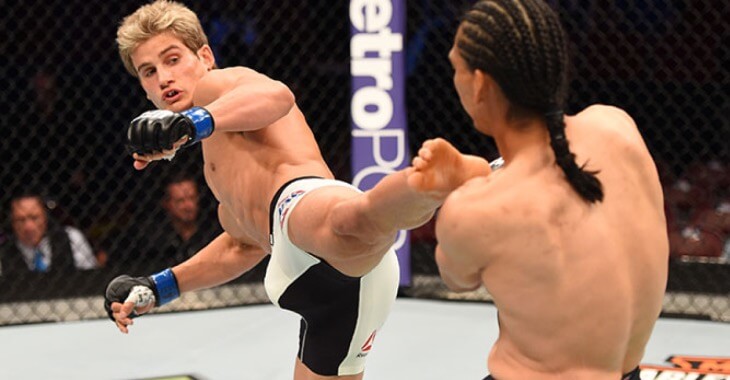 When you own sports cars that can top speeds of over 200 MPH, you better have fast reflexes. Achieving speed isn’t an issue in or outside the octagon for this Katy TX born UFC octagon prospect.

Northcutt has performed up to expectation at this point in his young career in the UFC defeating Francisco Trevino and Cody Pfister via TKO and submission respectively.

In the Twitter pic Northcutt’s looking lean and mean behind the machine.