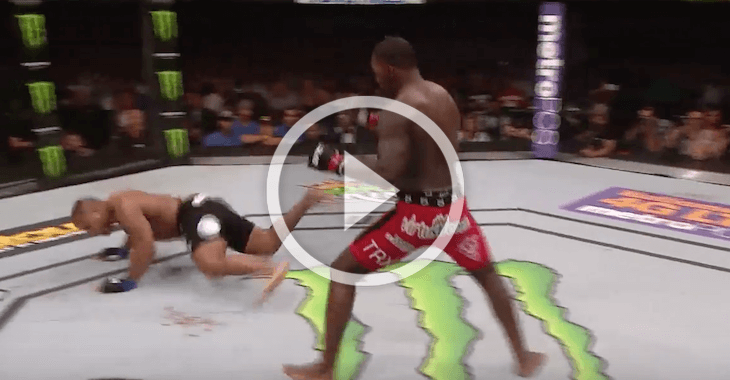 Back at UFC 187 light heavyweights Daniel Cormier and Anthony Johnson met in the main event to determine who would take home the vacant title.

So for the first time in a while, a new fighter would be leaving with the 205 belt around their waste. Earlier on in the fight it looked like that person might be ‘Rumble’ Johnson, who dropped Cormier with a huge punch. However, Cormier stayed calm, recored and turned the fight into a grappling match.

He ended up submitting Johnson in the third round to become the new UFC light heavyweight champion. Cormier will defend his belt for the first time against Alexander Gustafsson at UFC 192, taking place on Oct. 3.

‘Go back and watch as Daniel Cormier overwhelms the ferocious power-puncher Anthony Johnson to claim the vacant UFC light heavyweight title at UFC 187. Cormier makes his first defense at UFC 192 in Houston vs. Alexander Gustafsson.’