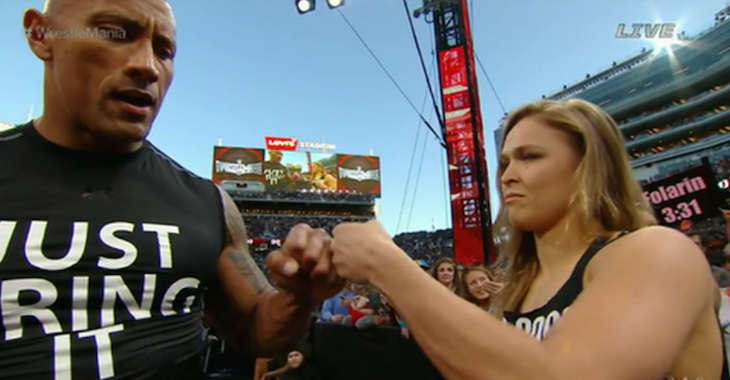 Ronda Rousey made an impact when she teamed up with The Rock to take care of Triple H at Wrestlemania 31. Even though she did a fantastic job in her role, don’t expect to see her back in the ring anytime soon.

It was mentioned on “UFC Tonight” that Rousey’s agent confirmed it was just a one time deal. She is currently not scheduled to make a return to the professional wrestling ring.