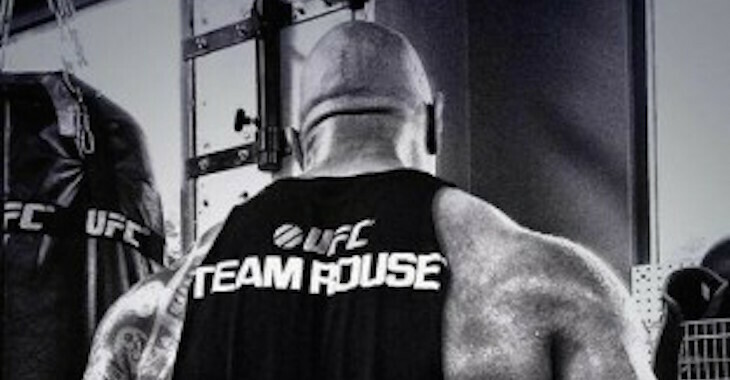 For those who didn’t know, tonight is WWE’s Wrestlemania 31.

UFC star and women’s bantamweight champion Ronda Rousey was in attendance, along with her training partners and friends Shayna Baszler, Marina Shafir and Jessamyn Duke (also known as The Four Horsewomen).

During the event The Rock called Rousey in to the Ring to help him deal with Triple H and Stephanie McMahon.

After being told to get out of the ring by McMahon Rousey said, “You need to understand something. Any ring I step into is mine. If you want me to leave, why don’t you make me?”

A brawl then ensued and Rousey actually judo threw Triple H and he rolled out of the ring. She then got into a staredown with McMahon before getting her in an arm hold and throwing her to the mat.

The crowd at Wrestlemania went nuts for Rousey!