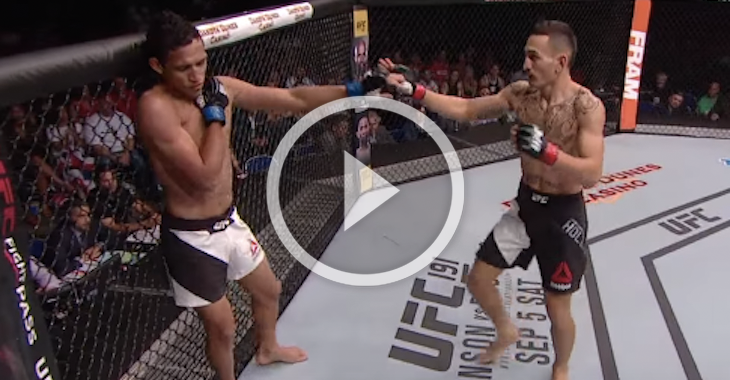 Max Holloway and Charles Oliveira were prepared to showcase what the featherweight division was all about until Oliveira fell victim to a freak injury in the opening minutes of the fight.

Holloway fought off a scrappy takedown attempt from Oliveira who immediately clutched his shoulder when he popped back to his feet.

Oliveira tried to fight through the pain as he knew this was his opportunity to crack the top five, but he ultimately succumbed to the pain and the referee waved the fight off. Check out the highlights in the video above!