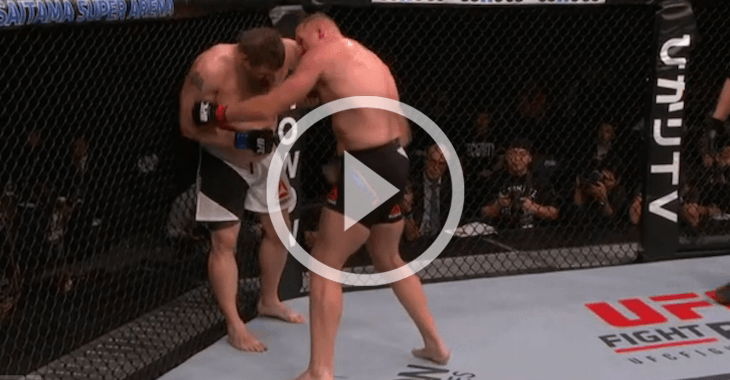 In the main event of UFC Fight Night: Japan heavyweights Josh Barnett and Roy Nelson surprised everyone by going the full five rounds.

Barnett dominated in the clinch, landing brutal knees, elbows and punches often. He simply outworked Nelson, landing way more and doing more damage. Nelson was of course game the whole fight and always threatened with that big punch of his, but really it was almost all Barnett, who picked up the unanimous decision.

Check out the highlights from the fight below!