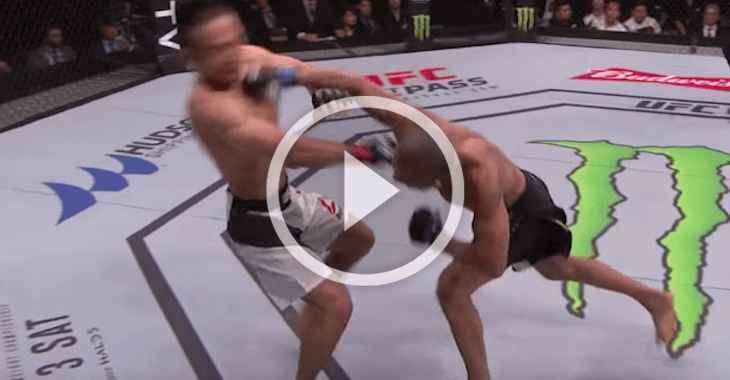 Diego Brandao brought home an extra fifty-thousand dollars with the “Performance of the Night” bonus he earned at “UFC Fight Night 75”! Katsunori Kikuno looked to be in tremendous shape walking into his fight on Saturday evening at the Saitama Super Arena, but Brandao proved to be the better fighter that night. Brandao caught Kikuno with a BRUTAL overhand right that sent him crashing to the canvas. Brandao did not let up and proceeded to beat the tar out of Kikuno until the referee was forced to step in and wave it off. Check out the replay of the knockout below!