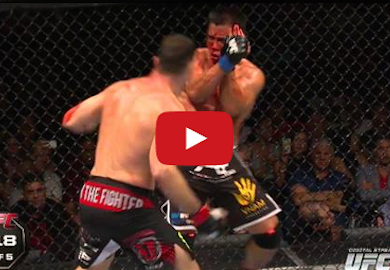 As we count down to the hotly anticipated collision between bitter rivals Luke Rockhold and Michael Bisping in the main event of UFC FIGHT NIGHT SYDNEY, which is exclusively live on UFCFIGHTPASS.com on November 8 (November 7 in North America), FIGHT PASS is proud to present a chance to view Bisping’s impressive win over Cung Le, which took place on August 23 in Macau.