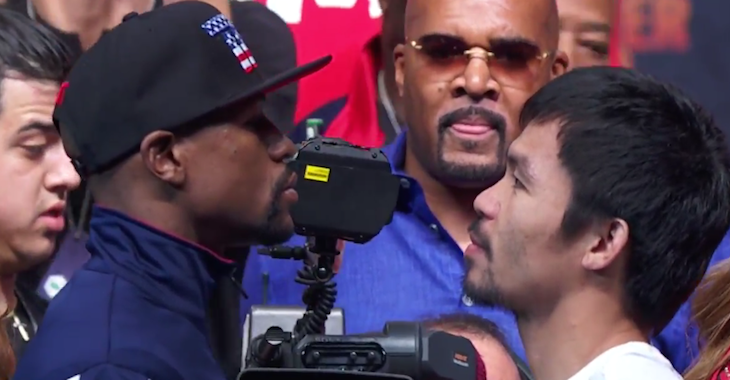 After his masterful performance against Manny Pacquiao this past Saturday, Mayweather mentioned that he will be giving up all of his belts and would retire after his final fight in September.

How quickly things change when you see how big your paycheck was for a single fight.

Now, days after their mega-fight, Floyd Mayweather confirmed through ESPN that he would like to fight Manny Pacquiao again! Pac-Man is going under the knife for a shoulder injury that has been bothering him and will be out of action for the remainder of the year.

THIS JUST IN: Floyd Mayweather says in a text to @stephenasmith that he would give Manny Pacquiao a rematch. pic.twitter.com/uwKT33AnQd

Mayweather wants to challenge ‘Pac-Man’ in a year’s time. Will you be tuning in?