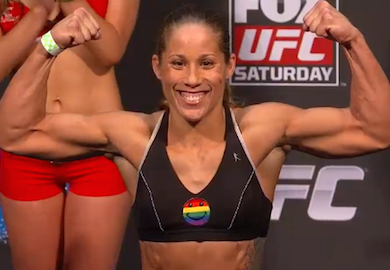 When Liz Carmouche was first signed the UFC, she became the promotion’s first openly gay fighter.

That fact has apparently been lost on some of her fan base, as Liz was recently compelled to send out the following:

In case any one is interested I'm still not interested in men. From some of my private messages it seems like I need to refresh your memory.

Carmouche took part in the first ever female MMA fight under the UFC banner. In the fight she faced off with Ronda Rousey, losing via arm bar in the first round of action.