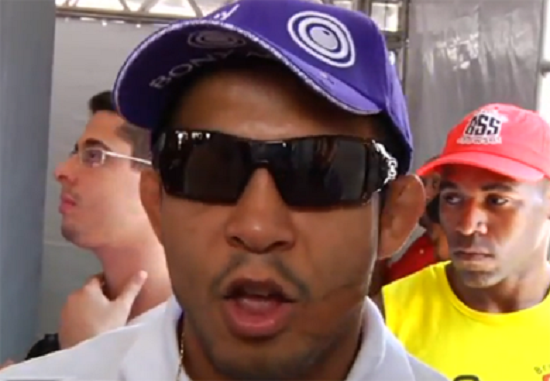 Last night in the main event of UFC 179, Jose Aldo and Chad Mendes went to war for 25-minutes. The bout ultimately ended up seeing Jose Aldo defend his featherweight championship, but left the champ bruised and battered (See that photo HERE).

This morning, the champ sent a Tweet out to his fans, thanking them for their support.

Is good to wake as a champ! The belt still here! Thanks for the support! #ocinturaoenosso