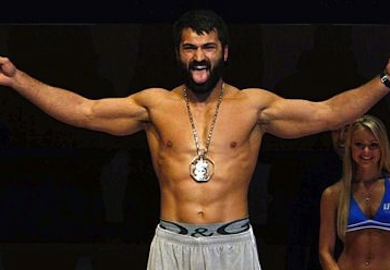 Arlovski has put together an impressive 6-1, 1 no contest, record over his past eight outings. “The Pit Bull’s” most recent win came over Andreas Kraniotakes, whom he defeated via TKO at the ‘Fight Nights: Battle on Nyamiha’ event in Belarus.

Prior to his victory over Kraniotakes, Arlovski defeated Mike Kyle via unanimous decision at the ‘World Series of Fighting 5’ event in Atlantic City.

No word yet on when and where Arlovski’s UFC return will take place, but it will be interesting to see which heavyweight UFC officials choose to match him up with.

Who would you like to see Arlovski fight in his octagon return? Let’s hear it Penn Nation!

Update: Arlovski has been linked to a UFC 174 bout against Brendan Schaub. UFC 174 takes place on June 14 in Vancouver.