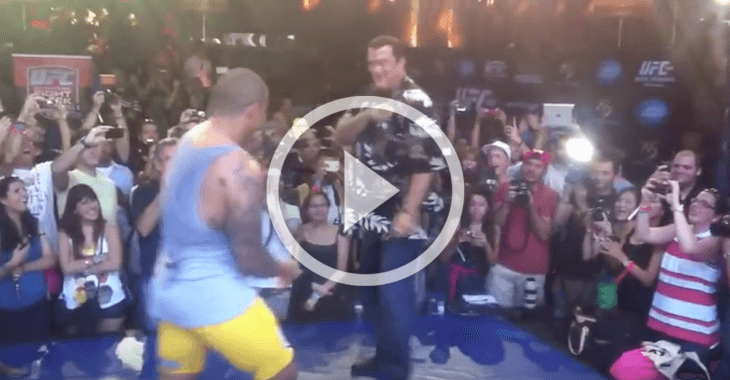 Here’s a good flashback Friday for you. Remember that time Steven Seagal showed off his impressive skills against UFC light heavyweight Rafael Cavalcante aka Feijao?

Yeah, it was impressive.

Seagal worked that windmill slapping technique like a boss while Feijao just sort laughed and smiled. I mean wouldn’t you enjoy getting slapped in the head a bunch of times by a true martial arts master?

Seagal is known for putting on really enthusiastic demonstrations. That was a joke. Actually, this is one of his more lively performances.

Check it out and have a good laugh!