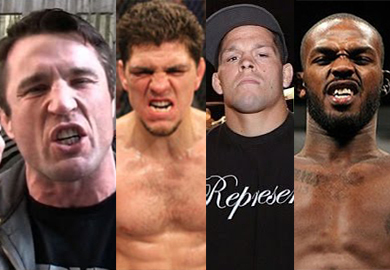 With all the recent events, MMA’s most gangster(ish) fighters are running out of control.

Chael Sonnen, the self-proclaimed “Oregon Gangster” has been popped for five different illegal drugs and suspended for two years.