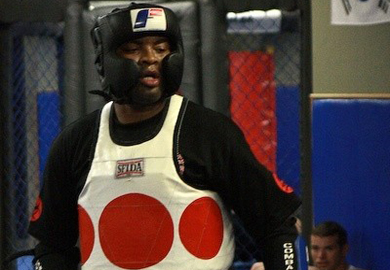 Anderson Silva put on a performance this past Saturday that only further amplifies his already legendary status.

In the UFC 153 main event in Rio, he was able to take Stephan Bonnar out with ease after playing with his opponent for most of the opening frame.

Everyone in the MMA world is talking about who he should face next. Some call for the GSP match, others say
that after last Saturday’s performance Jon Jones is the logical step, but Anderson Silva himself says he wants to go back down to 185 and finish out his career defending his middleweight title.

So what sa you Penn Nation? Take the poll and cast your vote now!