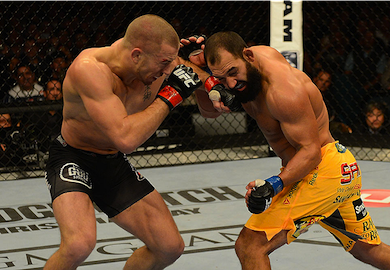 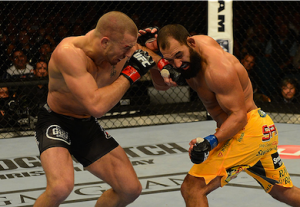 Two short days ago we all witnessed a great fight with a very controversial outcome in GSP vs. Hendricks.

UFC hall-of-famer Matt Hughes went as far as to call it the worst decision in MMA history.

I, for one, gave the edge to GSP after five rounds, but I know I’m in the minority.

So this week I could not think of a better poll than to ask who you guys think deserved the win.

Sound off below and let’s let the best polling system in MMA figure it out: