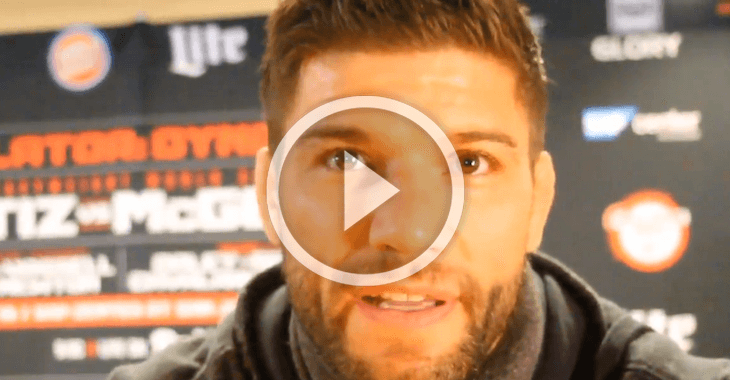 Bellator ‘Dynamite’ goes down on Saturday night and will be the biggest event in the promotions history, with both MMA fights and GLORY kickboxing fights going on throughout the night.

Ahead of the event BJPENN.COM’s Layzie The Savage caught up with a bunch of the night’s fighters and picked their brains on the current presidential election.

The responses ranged from, don’t vote it’s pointless to a full breakdown of the latest Republican debate.

Emanuel Newton laughed when asked about the election and went on to speak about how the system is just a way to control everyone and how we are just like computers being uploaded with software. So, he doesn’t vote.

Phil Davis says he does in fact vote, but is torn on who he’ll be leaning towards. Then there’s Josh Thomson who talked about the nominees and broke down this past weeks Republican debate. He said he was impressed by several of the candidates, but will wants to see the Democratic debate to see how they do

Check out all there interviews below!