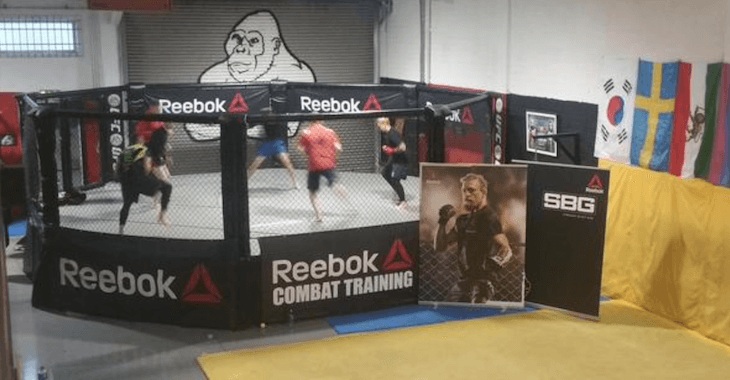 Recently it was announced by Straight Blast Gym Ireland head coach John Kavanagh that the gym, which is home to UFC interim featherweight champion Conor McGregor, had partnered with Reebok.

Kavanagh posted photos to Twitter last night showing off the new Reebok equipment in the gym, including the first ever ‘Reeboktagon.’

Also @keithcoady working with coach David in the Reeboksing ring tonight. That was last one, I promise pic.twitter.com/zEXhHfEOy2