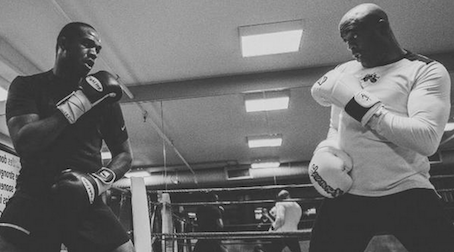 Ahead of their January bouts, Anderson “The Spider” Silva and Jon “Bones” Jones sparred at UFC headquarters.

Two legends, one ring. Who takes it?

I'll pick the winner on Christmas day! Use #TeamReebok pic.twitter.com/m2Vx7tWLYn