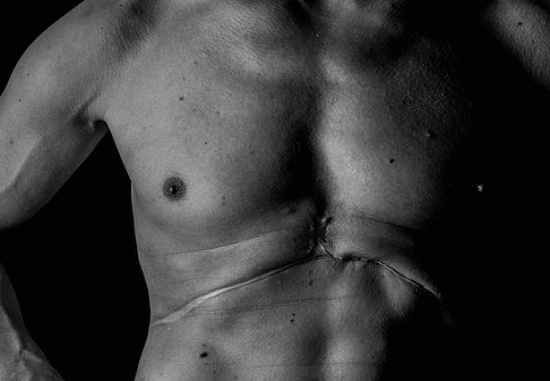 Pride FC legend and MMA veteran Akihiro Gono earned the reputation as a fighter to be feared throughout his 20 year and counting MMA career.

In the photo shown below from photographer Ryan Loco, Gono shows off a massive scar from the most important battle of his life, his battle with cancer, which Gono won.