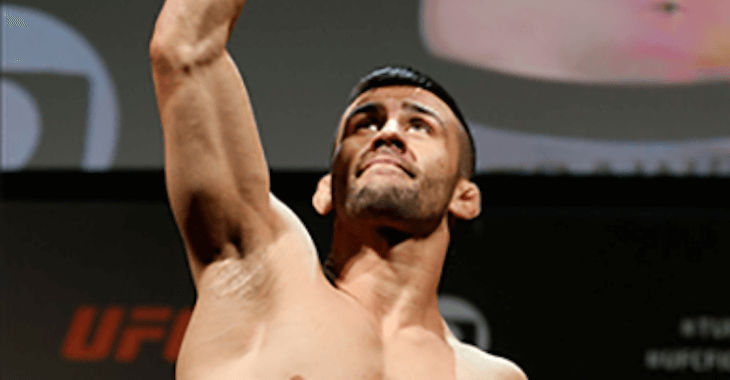 Yesterday is was revealed that UFC bantamweight Pedro Munhoz has reached a settlement agreement with the Nova Scotia Boxing Authority, and has received a 1 year suspension that has been backdated to his October 4th 2014 win over Jerrod Sanders, which has been turned into a no-contest.

With the backdated suspension, Munhoz is free to compete.

Munhoz tested positive for “exogenous origin of testosterone metabolites” according to MMAJunkie, who received an email from the Nova Scotia Boxing Authority Chairman.