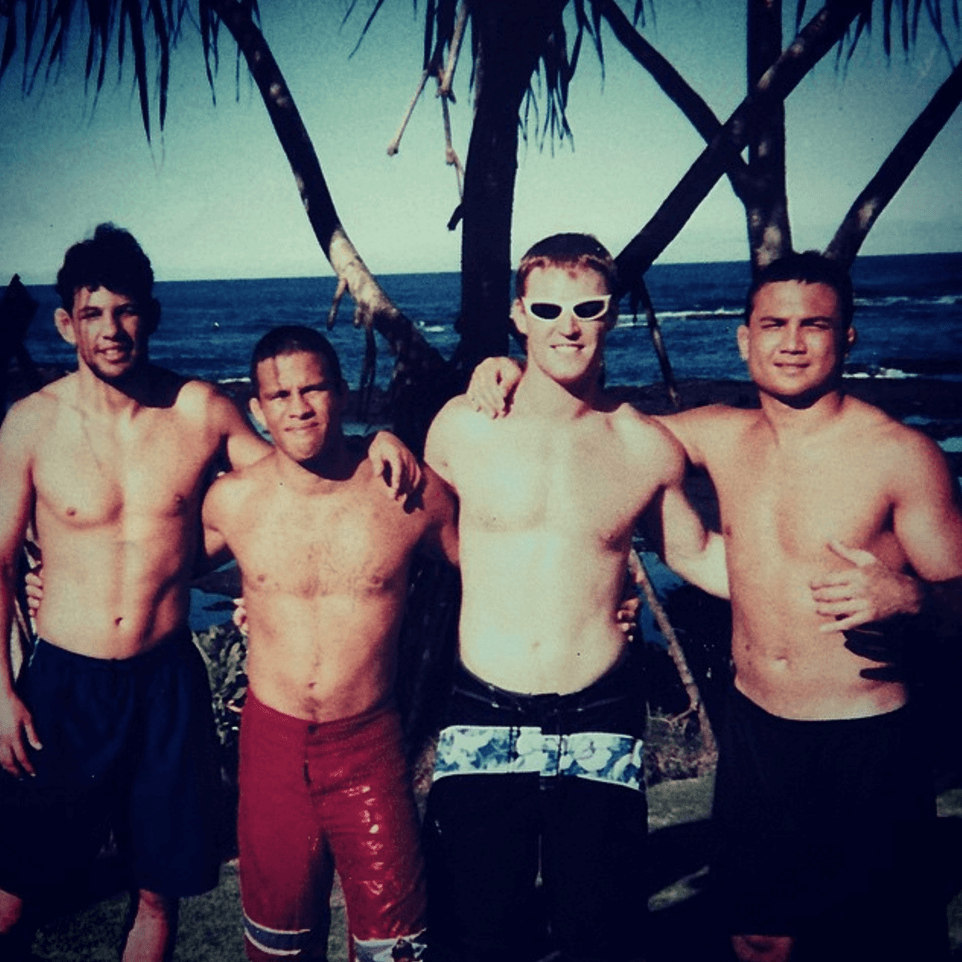 Check out this Old School pic sent to us by Mikyo Riggs(2nd to right), BJ first met Mikyo when he started his jiu-jitsu journey in Mt. View, California at the Ralf Gracie BJJ Academy. He sent us this pic with the caption, “Some of the best training of my life out in Hilo, Hawaii”.

On the far left we have Cholitzu founder and Master Tony Desouza, who was BJ’s first mma training partner, they both trained at the American Kickboxing Academy and they also both debuted in UFC 31 on May 4, 2001. Also on that card were six other former UFC Champions Randy Couture, Chuck Lidell, Pat Miletich, Carlos Newton, Kevin Randleman, and Matt Serra.

Next to Tony is Leandro Nyza, who at the time was the head Brazilian Jiu-Jitsu instructor at the BJ Penn BJJ Hilo Armory, the gym looked like a war plane hanger. He is currently teaching BJJ in Oahu at the BJ Penn UFC Gym.

We want to thank Mikyo for this little memory and hope everyone got a little more history into the life that is MMA.