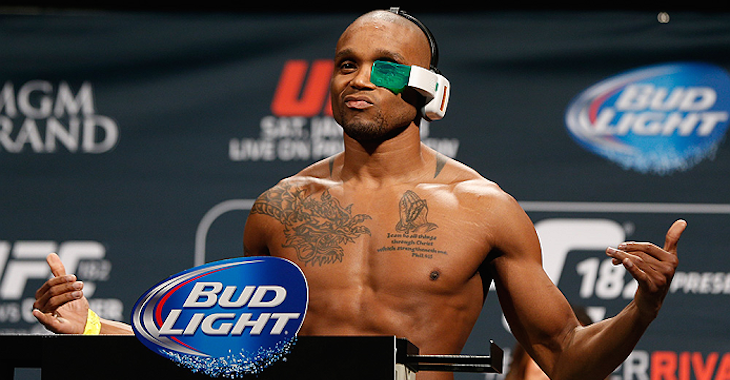 Five UFC fighters have been handed their walking papers, and if rumors are true, more could be joining them.

Marcus Brimage entered the UFC at the TUF 14 finale event where he scored a unanimous decision win over Stephen Bass. Since then he has gone 3-4 in the Octagon, and has won just 1 of his last 4 bouts.

Matt Van Buren entered the UFC at the TUF 19 finale, where he was TKO’d by Corey Anderson. Van Buren then went on to lose his next bout to Sean O’Connell at ‘UFC Fight Night: McGregor vs. Siver’ in January.

Christos Giagos lost his UFC debut at UFC 179 in October of 2014, but bounced back to defeat Jorge De Oliveira at ‘UFC Fight Night: Maia vs. LaFlare, Giagos then lost his next fight via decision to Chris Wade.

Roger Narvaez lost via TKO to Patrick Cummins in his UFC debut, but was able to bounce back in a controversial split-decision win over Luke Barnatt in his second promotional fight.  In his most recent fight he was TKO’d by Elias Theodorou at UFC 185.

Chris Clements has compiled a 2-2-1 record in his time with the UFC, with his most notable win coming over Vik Grujic at ‘UFC Fight Night: Rockhold vs. Bisping’ back in November of 2014.

Got my pink slip today, I was a pleasure working for @UFC, don't worry I'll be back!!!

(1/2) I was scheduled to fight in UFC in August. I had an injury that forced me to pull out. I was offered a fight Jan. 2 against my team

(2/2) mate. Coach asked me to turn it down, so I did. Just got released from UFC after @danawhite said they wanted me back. I don't get it

Sorry everyone but I will be back!!! #all #good #noworries