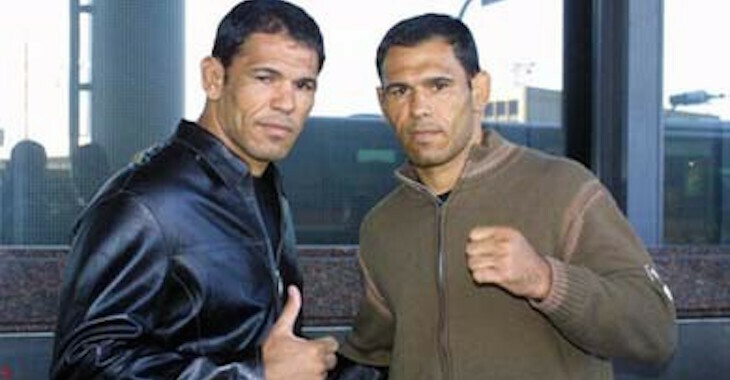 Anderson Silva was set to coach opposite Shogun Rua on the new season of TUF Brazil, that was until he tested positive for two banned substances leading up to his fight with Nick Diaz at UFC 183. Silva was pulled from the show and the UFC brought in the Nogueira brothers to fill the vacant coaching slot.

The Nogueira’s recently spoke to media about the challenges of taking over for Silva.

“We were in a difficult situation, especially because of how Anderson left.To go there and replace the biggest idol of our sport and continue his job with the fighters Anderson Silva picked… We had to change the plane’s fuel during the flight. They made the whole preparation before we got there. It was tough.”

“They told us four days before and it was a big surprise for all the athletes on the show. They announced the change, Anderson left and we entered the gym to coach his team. It was a tense moment. We have Anderson Silva as a great idol, so it was hard to replace him.”