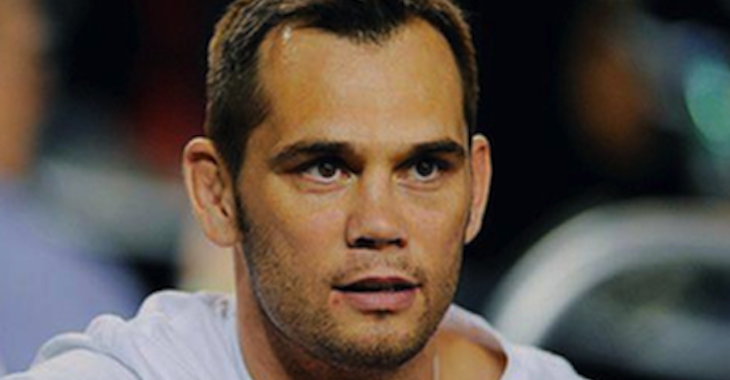 Rich ‘Ace’ Franklin has not fought since 2012, but that doesn’t mean we will never see him in the octagon again…maybe…possibly.

Franklin is a busy guy these days. He is the vice president of the MMA promotion ONE Championship, owns his own raw juice company called ZeLin and a brand of silver based gel called Armor Gel. But what a lot of fans what to know is will he ever fight again. Check out what he had to say while on the MMA Hour.

“It’s getting more and more difficult for me, if I want to take a fight again, it’s getting a little more difficult. I’m further and further out of the cage, and I realize it. I’m further from the last time that I fought, and so coming back from that stuff is not easy. I’m not ready to say I’m ready to retire because I don’t want to end up being one of those people who said, ‘yeah I’m going to retire’ and then all of a sudden, six months from now is like, ‘I’m coming out of retirement.’ Like, when I say I’m going to retire, then I’m done. And I’m just not ready yet.”

“This morning, I just got back from the gym. I did my strength and conditioning this morning as I normally do on Mondays — even when I’m getting ready for a fight — and I’m going back to the gym at 4 o’clock today to drill wrestling. And this is the way that I live, regardless of whether I fight again or not. I live like I’m basically still fighting professionally. So I’m not at a point where I’m completely ready to walk away from the sport yet, but I do understand that it’s becoming more and more difficult for me to take that last fight. While it’s not looking probable, it’s still possible.”