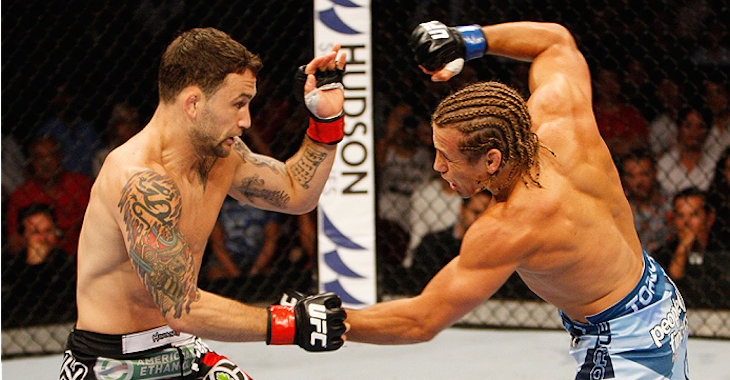 Apparently Team Alpha Male’s Urijah Faber is having a hard time finding anyone to step in the octagon with him.

It was reported on Wednesday’s UFC Tonight that Faber really wants to fight during the big December weekend, where the TUF 22 Finale and UFC 194 will go back to back on Friday and Saturday.

Of course his opponent on the upcoming season of TUF, Conor McGregor, will be headlining UFC 194 with Jose Aldo and Faber’s teammate Chad Mendes will be taking on Frankie Edgar in the main event of the TUF 22 Finale, that leaves Faber alone and without a big fight.

A source close to Faber told BloodyElbow that he still hasn’t locked up a fight simply because “nobody wants to fight” Faber during the December extravaganza.

Who do you think Faber should be matched up with next?