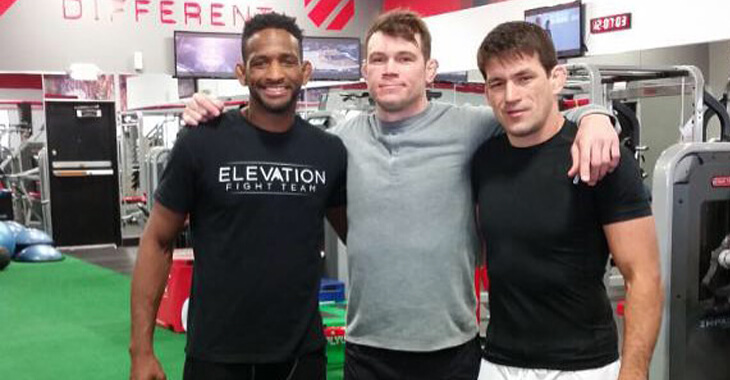 Mixed martial arts is an amazing sport. There are so many disciplines to be trained in to put together a complete game and at times it takes learning from a defeat to better your game.

Take for instance UFC veteran Demian Maia with his world-class jiu-jitsu game recently linked up with former opponent Neil Magny for a seminar. Maia put on a ground clinic against Magny at their fight at UFC 190, and Magny was humbled in defeat.

Come just a few months after suffering the rear-naked choke submission from Maia, Magny politely asked if he could attend a seminar of Maia’s.

@demianmaia @UFCGYM @ufc is OK if I attend?

@NeilMagny @UFCGYM @ufc Sure Neil !! Will be a honor.

It looks like the invitation was well received as Maia posted more photos of his seminar with Magny in with the rest of the class including UFC Hall of Fame legend Forrest Griffin.

Valeu a galera que compareceu pra aula na @UFCGYM em Las Vegas!
Thanks to all who showed up for the class @UFCGYM ! pic.twitter.com/rfHMxmu2aK