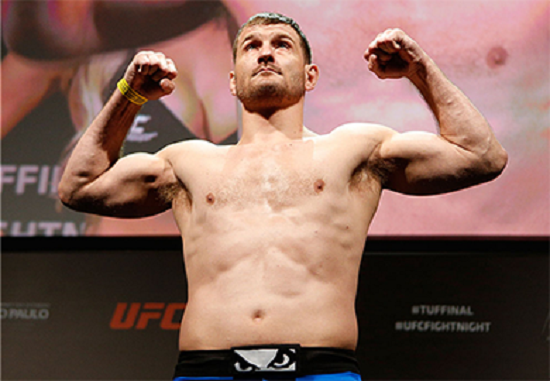 Stipe Miocic and Junior Dos Santos are set to square off at UFC on FOX 13 on December 13th. The bout will be the biggest test of Miocic’s 13 fight professional career that has seen him pick up 12 wins. Miocic, who is ranked #5 on the UFC’s official rankings hopes to fight the winner of Cain Velasquez vs. Fabricio Werdum, which takes place at UFC 180.

He spoke to MMAFighting about his desire to fight for the belt should he beat the former champ in December.

“Junior is ranked second. That would move me up to be right behind Werdum, so I think whatever happens after that fight, I should get a shot. He’s fought for the title plenty of times. He’s been champion. He’s been [sidelined] for a while, but definitely once I beat him, I think I should get that chance.”