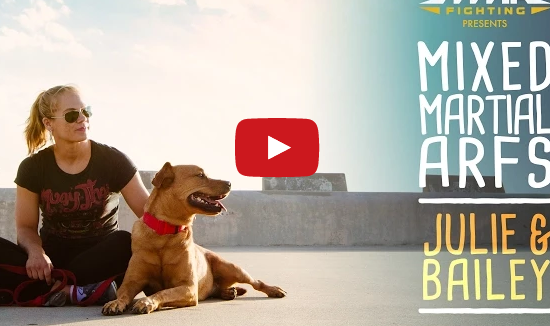 Julie Kedzie, WMMA pioneer, and now matchmaker for Invicta FC, and her furry best friend Bailey were featured in the second episode of MMAFighting’s series ‘Mixed Martial Arfs’ which takes a look at fighters and their furry best friends. In case you missed the first episode of the series with Andrei Arlovski, you can watch that HERE.