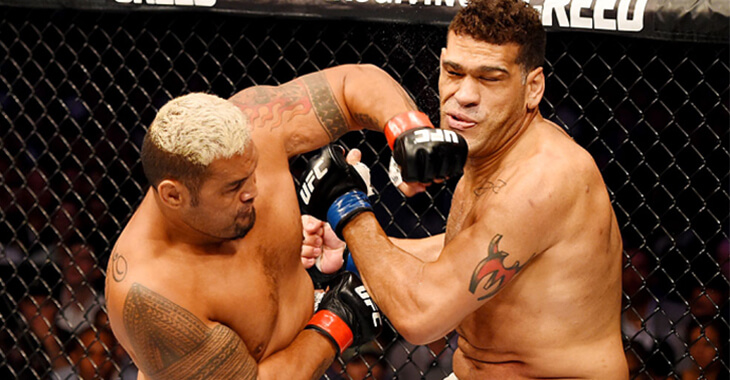 Mark Hunt is extremely pleased with the UFC’s implementation of random drug testing done by USADA. “The Super Samoan” who has a fight scheduled with former UFC heavyweight champion Frank Mir is all too excited to get his own championship belt spoke with Craziest Sports Fights about his upcoming bout and history of fighting.

“All these bums that were fighting on TRT (Testosterone Replacement Therapy) all these years are in for a rude shock when facing me when I’m in shape.” Hunt said.

Mir was given a Testosterone Replacement Therapy exemption earlier in his career before the ban on TRT was placed by the Nevada State Athletic Commission and UFC in 2014.

“I should’ve changed my name to Mark “All Natty” Hunt for the amount of years I’ve had to compete against guys who were enhanced. Now with the UFC’s new drug testing program, this guy is just a stepping stone to another title run…. another guy who’s going to have his lips knocked clean off.”

Who do you see winning this heavyweight matchup? Share your pick with us in the comments!