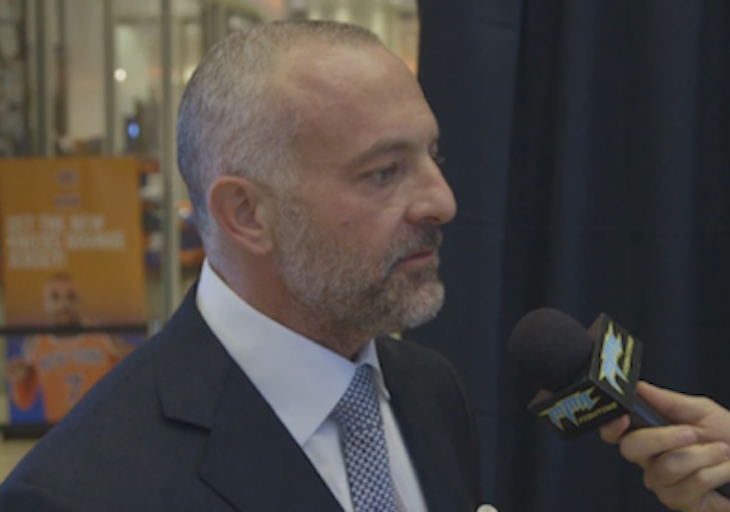 UFC fans may have scratched their heads when they saw UFC Fight Night McGregor vs. Siver was booked for a Sunday, and understandably so as the UFC has never held an event on a Sunday.

To make matters even stranger, the UFC booked the event in Boston, just a short drive from Gillette stadium, where the New England Patriots will be looking to claim the AFC championship against the Indianapolis Colts the very same night.

Lorenzo Fertitta explains why the UFC booked a Fox Sports 1 card on a Sunday, the same day as huge football game, in the same town.

“We looked at the calendar, and we look at these dates like real estate. This is beachfront real estate, this date.”

“You saw massive promos in the Green Bay Packers-Dallas Cowboys game this weekend, where there were 50 million people watching that game. You’re going to see a ton of promos in the NFC championship game, and we’ll be promoting directly to watch the fight that night.

“People ask, ‘Why would you put Conor McGregor on FOX Sports 1 on a Sunday?’ Well, this is our beachfront property right here. This is our big opportunity to promote using the FOX broadcast to push people and create awareness on FOX Sports 1.”

“Just look at all the promotion that FOX is putting into this thing. They’re going to be cutting back, live during the NFC championship game, to Boston with Charissa Thompson saying, ‘Hey, this is what’s going on in the arena. This is when the prelims start.’

“Historically, 50 million people watch the NFC championship game. You will see a significant amount of promotion.”

Essentially, what it seems the UFC is trying to do, is use the NFC championship game to get viewers aware of UFC Fight Night Boston the next night on Fox Sports 1, and drive viewers there. Only time will tell if this strategy works!