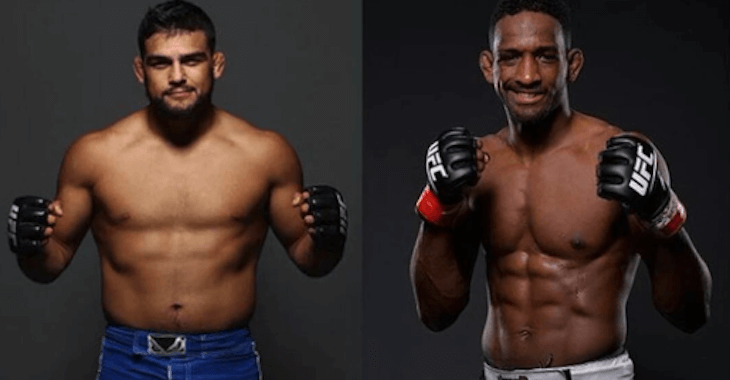 Tuesday evening it was revealed that Neil Magny had stepped up on short notice to fight Kelvin Gastelum at the main event of UFC Fight Night 78 on November 21st after Matt ‘The Immortal’ Brown was forced out of the bout with an ankle injury.

Gastelum took to social media, after the UFC announced Magny had stepped in, to give his thoughts on his replacement opponent.

The suspense of not knowing is killing me!!! Who will step up? @UFC #UFCMonterrey

Thank you @NeilMagny for taking the fight in 18 days notice! My respects you sir! Let's make this FOTN!! https://t.co/MEopxoiy9S

I keeps saying it , he's a dangerous fight for Anyone in the top 10 https://t.co/21NchTSwHA

*New Main Event for #UFCMonterrey , EVERYONE in the top 10 either said no or were out by injuries. I respect Mr. Neil Magny for taking the fight on 18 days notice! Either way, I'm coming to be the best and Mangy is in the way of that. It'll be a fun fight for the fans, i promise that. * Nuevo Evento Estelar de #UFCMonterrey, todo el mundo en el top 10, ya sea dijeron no a La pelea o estaban fuera por lesiones. Respeto al Sr. Neil Magny por aceptar la pelea en 18 días de anticipación! De cualquier manera, esa noche voy por Sangre! #allglory2god #thankful #Monteheeeeyyy #monterreyesnuestro #onamission4gold!!!