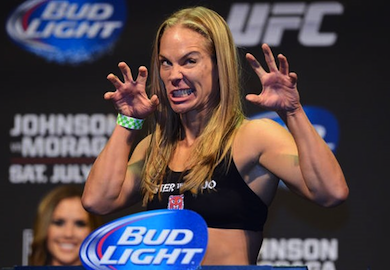 In a recent interview with MMAFighting.com’s Luke Thomas, Julie Kedzie, a retired UFC fighter, discussed the pro’s and con’s of training with the opposite sex.