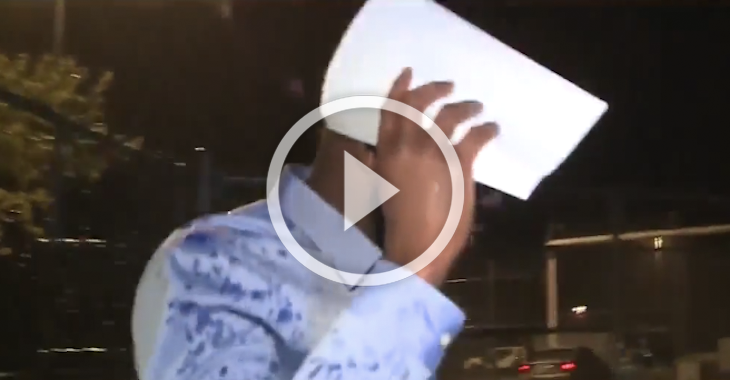 Jon “Bones” Jones has a lot more on his hands than just an upcoming championship defense against Anthony “Rumble” Johnson at UFC 187.

Jones found himself in some trouble on Sunday after an alleged hit and run. After turning himself in to the police, the current UFC Light Heavyweight Champion has posted his $2,500 bail and is out of jail.

KOAT News captured footage of Jones leaving jail as he covered up his face with a piece of paper. Jones did not stop to comment on the subject.