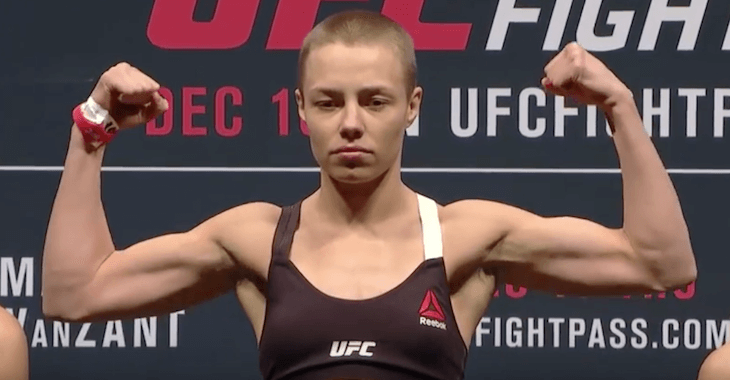 Earlier this month Rose Namajunas put on a nearly flawless performance against Paige VanZant to not only derail the VanZant hype train, but also cement her place as one of the top women’s strawweights on the planet.

While VanZant showed tremendous heart in the fight, continuing to escape submission after submission despite being bloodied and battered, Namajunas ultimately earned herself a 5th round submission win.

Namajunas recently spoke on The MMA Hour to explain what the win meant for her:

I don’t think there’s…it’s a win-win situation. [VanZant]’s just on a roll, and now she’s got that experience under her belt. Whether, it just depends on how she approaches her next few fights, if she changes her mentality I think she could do really great. And if she doesn’t, then, you know it’s just a learning process in life, whereas now there’s me, a superstar being born out of it. So I think it’s just all positive.”

Do you think that the win over VanZant catapulted Namajunas into superstardom? Sound off below PENN Nation!